The Picturemakers, Y Llunwyr, is a self-funded collective of visual artists, based in mid-Wales. 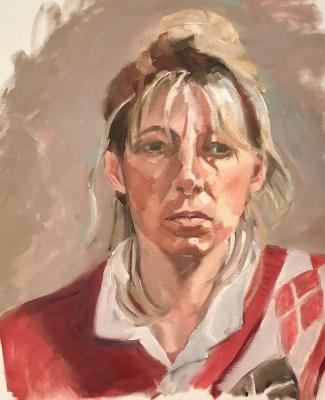 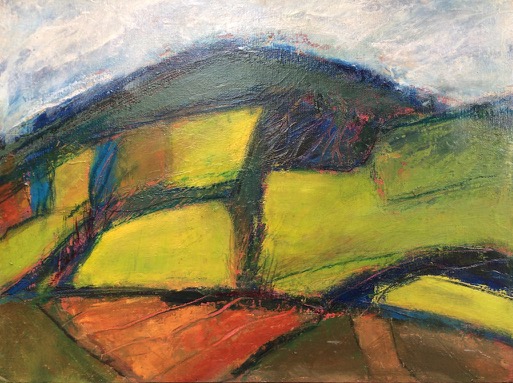 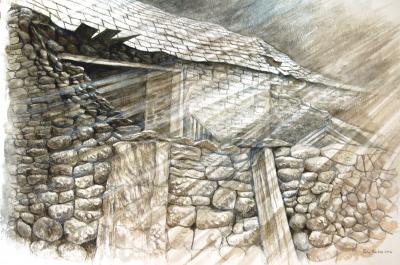 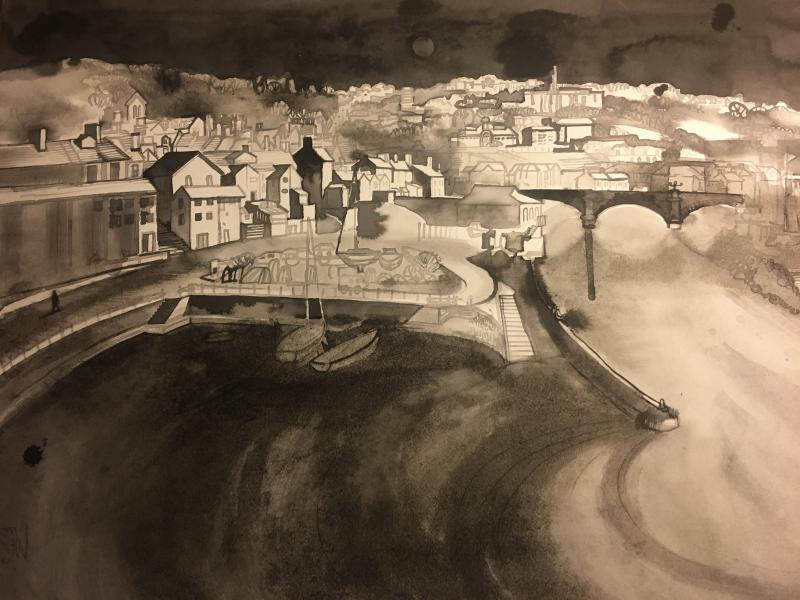 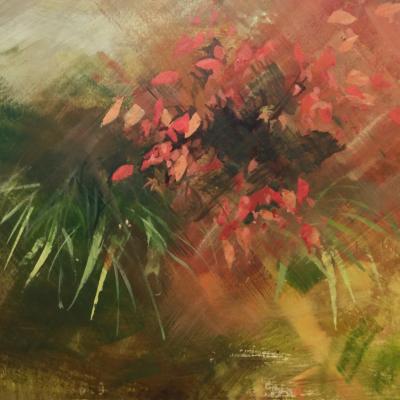 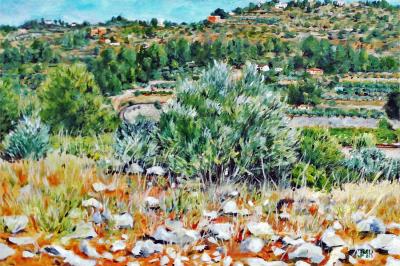 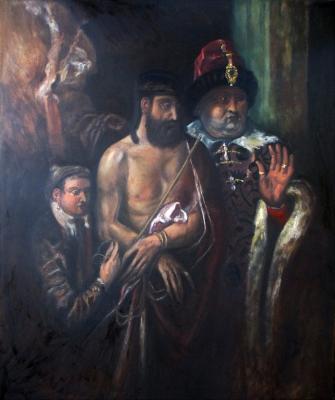 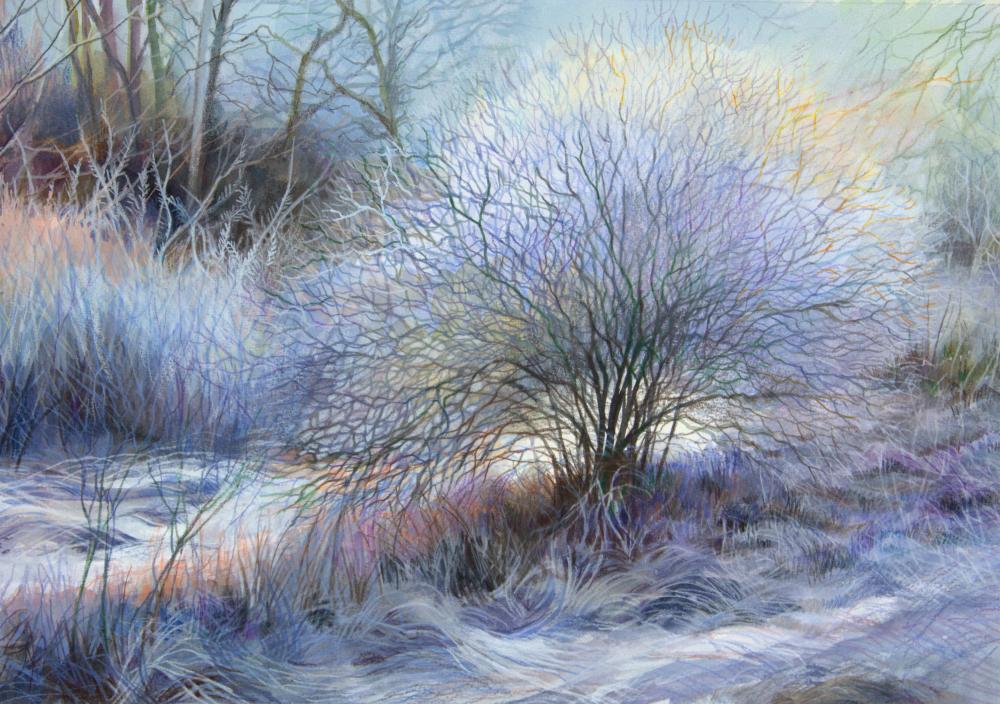 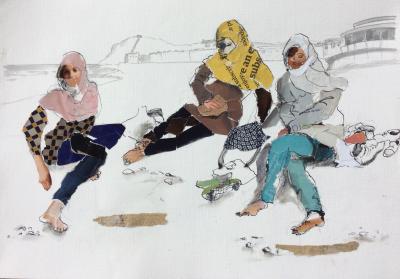 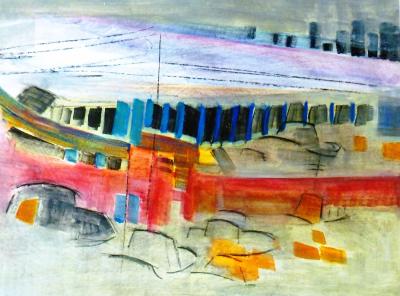 The Picturemakers, Y Llunwyr, is a self-funded collective of visual artists, based in mid-Wales.

Since its foundation in 2006, the group has held over forty exhibitions, mostly within Wales.

21 January to the end of April

Opening Hours
Thursday to Saturday
11:00 - 16:00 - please check with the museum before travelling

For info about the gallery and opening hours

This exhibition will be on during the trail period - please see the map below.

Picturemakers exhibit regularly, separately and together, in galleries, art centres and other public venues, however, the focus extends beyond this. Regular group meetings provide an opportunity for the discussion of artwork where ideas, techniques and approaches are developed and criticised in a mutually supportive environment. Some of these have taken place via Zoom this year.

We hope that you will enjoy browsing the selection of work presented here (one image per artist) and will also take the opportunity to visit our web site, where you will find more information and links to individual artists' web pages/sites.

Individual members can be contacted and may be able to show visitors their studios by special request.

This email address is being protected from spambots. You need JavaScript enabled to view it.

Directions
Radnorshire Museum is in the delightful town of Llandrindod Wells. The museum occupies two easily accessible floors of the former Carnegie Public Library and is located within the attractive Memorial Gardens.
The Picturemakers
https://www.instagram.com/picturemakers_ceredigion/

Click on each artist's name to see more of their work

Jane Burnham is a contemporary artist living part of the year in Aberystwyth and several months a year (Covid and Brexit permitting) in Provence in the South of France, a landscape full of light and sunshine. Her primary interest is in portrait and figure painting. She aims to express honestly the thoughts and feelings of the sitter, concentrating on composition, draughtsmanship, close observation and subtle use of colour. This year it has been difficult to have live models posing for her, so she has been working from online portrait and life drawing sessions.

“I am inspired by the beauty of the human figure, and by everyday objects around me”

Lindsay Davies was born in Altrincham, Cheshire. She has lived in Mid Wales since 1996, working at painting on a regular basis since 2015. Walking daily with dogs and a sketchbook keeps my “artist eyes” open to light, weather and landscape. The landscape of the Wye Valley and Mid Wales is a constant source of inspiration.

‘The process of ‘translation’ from sketch to painting is one that interests me. It is often very elusive and the images change as I move to further abstraction. The final picture, in a larger format and different medium, is the result of progressive attempts to capture a sense of the weather, light and mood of a place.’

Rosemary Fahimi left school at 16 to work with horses and emigrated to Canada at 19. She returned to the UK in 1988 to run a hill farm and later to study at Aberystwyth University; initially a BA and subsequently an MA in fine art. She now finds that working both as a farmer and as an artist gives her a uniquely holistic view of the countryside, its animals and its people. She uses the subjects that are all around her and that she is part of, allowing her to give them life on canvas, wood engravings, or in sculpture.

‘Art has always been with me; sketching the animals and learning the ways of wild things wherever I have been.’

Philip Huckin draws and paints the Welsh landscape. He was awarded a scholarship by his old university, Aberystwyth and completed an MA in 2012. He has had shows in galleries in England and Wales and has work in private and Welsh national collections, including MOMA Machynlleth and The National Library of Wales.

‘I have a desire to capture the Welsh landscape and the names and deep cultural history that pervades the valleys, hills, villages, and man-made structures in Ceredigion.'

Kim James-Williams draws anything that catches her eye: boats, waves, dog-walkers, pram-pushers, sea frets and fishermen’s nets. Her drawings are about seeing the sublime in the everyday. When she draws, she tries to see with ‘new eyes’ things that may have been drawn and looked at many times before. She likes the ink or watercolour to be defeated by gravity and remind us that it is ink scratched into wood pulp at the same time as being a drawing of something. Kim studied art at Carmarthen College of Technology and Art (Foundation), BA Fine Art (Hons) at Winchester School of Art and MA Fine Art at the University of Wales, Aberystwyth School of Art.

' I try to draw the essence of the subject, the bare bones, the exact thing that made me excited enough to choose that particular thing.'

Mike Laxton was born in Kent. He followed a career teaching Design in Secondary, Further and Higher Education. Though by training he has worked mainly with construction materials and related technology, he has always envied the freedom of expression that painting seems to have. He moved to Wales in 2007 and, following a course at the Art Centre in Aberystwyth, he has begun the journey to find a personal use of medium and image. Mike has exhibited at Aberystwyth Art Centre, MOMA in Machynlleth and as a gallery artist at Plas Glyn-y-Weddw Llanbedrog.

'I am enthralled and intrigued by the environment in Mid Wales and hope that my paintings both explore the drama and excitement that I feel; but also leave room for the spectator to add their own interpretation and meaning.'

Greteli Morton Having first trained as an ecologist, then worked as a teacher and run a smallholding for many years, Greteli has always been fascinated by the details of the natural world. For her, water-worn or weathered wood can be as exciting as sculpture while the patterns made by moving water are the worthy subject of a photographic study or a painting. From a young age Greteli has picked up or photographed beautiful things wherever she has gone and continues to surround herself with natural art; both ‘as it is’ and in her photographs, drawings, paintings, sculptures or encased in resin.

‘I see abstract paintings just waiting to be realised on things like the pebbles and bits of rock I pick up, collect and carry home.’

Joanna Munro-Hunt was born in Hampshire and her early childhood was spent in Iran, Ghana and Aden.  She did a Foundation Course at Cheltenham College of Art and Design followed by a degree in History and Visual Art at Aberystwyth University, then worked in social work before redundancy hit in 2011. Throughout these years she always had a sketchbook to hand and had work exhibited at MOMA Machynlleth, once at the National Museum of Wales and one of her works has been purchased by the Normal College, Bangor.

Patrick Owen has been captivated by painting from an early age. His early recollections are of a Victorian pastoral scene with long-horned cattle in his grandparents' home and later, hanging in school corridors, reproductions of paintings by the great masters. He attended adult evening classes in life painting for many years and became a weekend painter of London Parks and views along the Regents Canal. He now lives in Wales and paints its landscape, the occasional portrait and still life. He paints almost exclusively in oils directly from the subject.

‘I derive great pleasure from looking at and learning from the paintings of other artists, both past and present.’

Catherine Smedley was born in Northampton and, later, did a Foundation Course there in Fine Art. It provided a comprehensive canter through most of the art disciplines available at the time. This was followed by a B.A. in Fine Art Painting at Leicester. She recently moved back to Wales, to Llandrindod Wells, after spending 26 years in S.W.France, with her late partner, where they renovated an old farmhouse, created a walled garden and converted a barn into living, studio and gallery space.

'The most natural way of creating for me is not to specialise in a particular medium but to let that be dictated by whatever idea or subject that I want to explore.'

Shelley Upton This former chef and restaurateur moved to Wales and worked as a seamstress until 1993 when she undertook the BSc (Hons) in Computer Science and subsequently worked for many years at Aberystwyth University. The stimulation first derived from Life Long Learning art courses that she undertook as creative ‘release’ from her highly competitive working life re-kindled her passion for painting and allowed her to fully explore her creative side. She currently takes her inspiration from the coasts and hills of Ceredigion and Pembrokeshire.

‘I am inspired as much by the natural world as by an interesting face or the play of light as the weather constantly changes.’

Moira Vincentelli began to study fine art after retiring from forty years teaching art history at Aberystwyth University. She works in figurative drawing, painting and collage often with photographic elements. Inspired by figures in movement and gender politics, recent subjects include images of the refugee crisis, hijabis and dancers.

'I want to make work that conveys my emotional response to contemporary issues often as mediated in photography. Images of people – figures, faces and dress codes fascinate me and frame how we interpret the world.'

Ann Williams has exhibited with a number of groups and has work in private collections in Britain, Canada, the Netherlands and Sweden. Her work shows the artistic process of recording images as seen and then pushing that process forward, often arriving at semi-abstract conclusions. She creates her pictures to convey her sense of place and hopes the paintings will make the viewer see their environment in a new way. She has held both solo and joint exhibitions recently at both MOMA Machynlleth and Aberystwyth Arts centre.

‘My paintings are an extension of earlier textile compositions that explored the landscape of Wales; they still have the same strong sense of pattern, colour & texture and the brushstrokes often mirror stitches.’

Alistair Crawford lived in West Wales from 1974 to 2010, when he moved to Suffolk. Painter, printmaker, curator, art historian, writer, performer, he became the first Professor of Art in the history of Wales. Distinctions include invited academician of the Royal Cambrian Academy and Honorary Fellow of the Royal Society of Painter-Printmakers. He exhibits internationally and is represented worldwide.

This page uses Google Maps. The map will be loaded from Google-Server and some of your data may be used by Google. In order to see the maps, please click accept. You can also click here to see further information related to this.

In order to perform this action you have to login

Some of the listing features are available only for registered users.

In order to perform this action you have to login